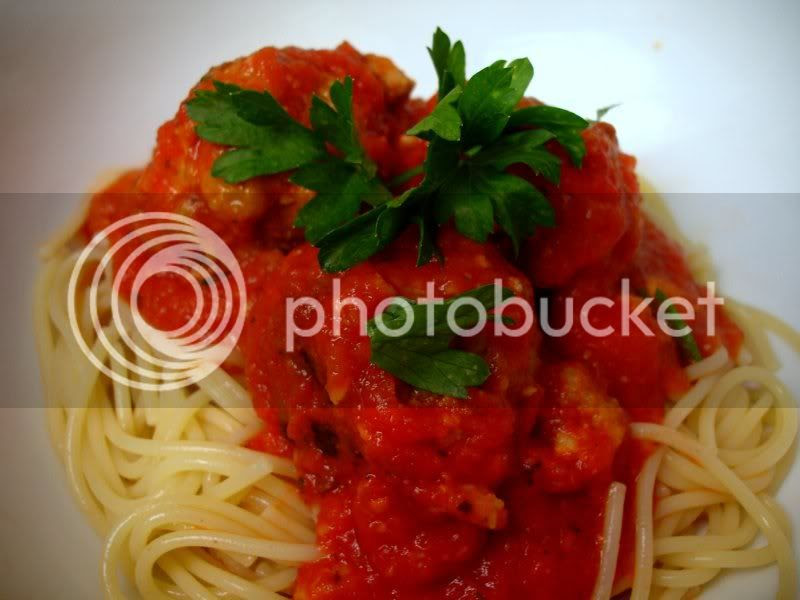 Why would I remember anything I could look up?
- Albert Einstein

It's quite often that my friends and I decide to "geek it up" and challenge each other to trivia like "name that state's capital" or "name a college's mascot" or even "name that celebrity's spouse."

...doesn't sound thrilling, I know. However, we somehow manage to argue, debate, and make bets on some of the most mundane of life's facts. Without fail, we nearly always need to settle at least one dispute via Blackberry internet or Google. Ahh, our reliance on technology....

Remember the days when you actually knew your friends' and family's phone numbers by heart? I even used to recall birthdays (all on my own!), and often my dear ones' addresses in the event I needed to send them a card or (gasp) a handwritten letter!

Microsoft Outlook products do all that remembering and organization for me now.

Similarly, I've come to rely on the internet for 98% of my recipes. Don't get me wrong, I have a 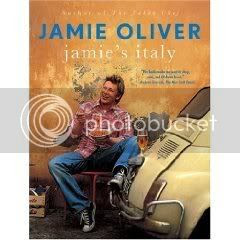 whole bookshelf of cookbooks, but I somehow always revert to all of your delicious blogs, food websites like Cooking Light and bulletin boards for our next meal ideas.

Realizing I should probably utilize some of my (many) cookbooks, I chose this recipe from Jamie Oliver's cookbook, Jamie's Italy: Le Migliori polpette di tonno or the best tuna meatballs.

As opposed to your typical mom 'n pop veal, beef or lamb meatballs, Jamie's meatballs are a tasty mixture of tuna, pine nuts, Sicilian spices and breadcrumbs. Initially, we weren't sure what to think of this recipe, but being a lover of both tuna and cinnamon, I couldn't pass this up. You heard me right, tuna and cinnamon. Sounds strange, but any combination of my two favorite things in this world couldn't possibly be wrong. And Jamie's accent is just so cute. He couldn't be wrong either. I digress. Though my tuna meatballs aren't quite as pretty as Jamie's, they're absolutely delicious and amazingly fragrant. I had a little bit of an issue with having the meatballs stick while I was rolling them, so I added a touch of olive oil to the mixture. Other than that, this is a fairly simple, yet delicious meal you all should enjoy! Serve with spaghetti, some toasty bread & a nice bottle of white wine, and enjoy the evening.

1/2 box of spaghetti, cooked according to package directions

1. Chop tuna into about a 1 inch dice. Heat a large skillet over medium heat and pour a few rounds of olive oil. Add tuna, pinenuts and cinnamon. Season lightly with salt & pepper to taste. Saute until tuna is browned on all sides, but not cooked all the way through to prevent overcooking. Remove from heat and place into large mixing bowl. Allow to cool for about 5 minutes.

2. Add oregano, parsley, breadcrumbs, Parm, eggs, lemon zest and juice to the bowl. Use your hands and scrunch the mixture together. If the mixture doesn't stick add a few teaspoons of olive oil. Combine well. Roll the mixture into golf-sized balls and place onto an oiled cookie sheet. Allow to sit for one hour.

3. While meatballs are resting, heat olive oil in a large pan over medium heat.
Add onion and garlic and heat slowly until soft, about 8 minutes. Add oregano, tomatoes, salt & pepper and bring to a boil. Add honey and reduce heat to a simmer for 15 minutes. Pour sauce into a blender (or use an immersion blender). Blend/Puree until smooth. Take a taste and add more salt or seasoning if needed.

4. Using the pan you fried the tuna on, add a little more olive oil and place back onto the heat. Add meatballs to the pan and allow to brown on all sides. If the pan isn't big enough, saute in two batches. Add to the sauce when done and sprinkle with parsley. Serve with spaghetti.

Tuna meatballs...interesting! I love spaghetti and meatballs, so this sounds great.

The pictures are wonderful...the red is so vibrant.
The meatballs look and sound delicious. I would love to try.

I'm intreagued by this, tuna and cinnamon! I also love both, so by your theory I would also like them! Oh and so true about the internt and remembering things or finding recipes! Now I don't even remember my own phone number!

I'm the same way, I need to get the cookbooks out more often

I've been hearing about these...love your photos! The red color is awesome.

I love this particular cookbook and remember this recipe fondly. I am glad you liked them as well. I'm a sucker for the Brit accent as well...I even married one!

i was just thinking the other day that i'd be absolutely screwed if i needed to call any member of my family and didn't have my cell phone at hand. that's probably not a good thing. :)
meanwhile, lovely recipe, and that's coming from a tuna-hater. :)

WEll this is a new one for me, I've never seen a recipe for tuna meatballs, very interesting indeed.

Great photos!! And I love Jamie. I always forget where my recipes come from! I need to organize!

I love your pictures of these. So pretty. Definitely sounds like a different mix, but one that could be really good. I too, rely on the internet for so many of my recipes, but enjoy turning to my books once in a while.

That is so cool! I never would have thought of combining those. Lord knows I need some new tuna recipes!

I think Jamie Oliver is fantastic, but some of his recipes are a little out there for me.

What did we ever do before Google? I know that I would never have ventured to cook half the things I have without the internet. But there's still something to be said about sitting down with a good cookbook :)

Love the Einstein quote. The meatballs too, of course. They look gorgeous!

All you food looks SO yummy! Great photos, too.

I think I rely too much on internet for my recipes. Having more than 150 cookbooks I should go back to them like the old days. Nice recipe.

I'm the same way Sharon. I have these shelves busting with cookbooks, just ordered another one yesterday, and I click my way on the interweb to find what I am going to do next.

I don't know about tuna meatballs. Were they all that?

I made your apple cake and loved it. It will be on our blog tomorrow. I hope that is ok. thanks for a great recipe!

What a great recipe. I bet those meatballs are terrific! Jamie Oliver is a fun one to watch!

I have totally neglected my cookbook collection. Thank you for reminding me about this book, which I also have, and which I have made far too little from. These meatballs sound awesome!

I remember the days when I could remember my SS#! My memory is horrible.
Pine nuts, hmmm that does sound good.
Those photos are stunning!

that looks great! ive never had tuna meatballs before. mmmm

COOL MEATBALLS! is all i can say. beautiful. jamie oliver is dreamy. being able to remember all my friends' telephone numbers and addresses are such bygone days..aww.

Oooh, sounds very delicious! I also have a pile of books that seem to be ignored for the most part. Once in a while I crack them open so I don't feel so bad for not cooking out of them more often.

I can see how this is a true Italian dish and your's look well made. Still, tuna and spaghetti...

Couldn't agree more on the internet recipe file, funny how that takes over.

When I was growing up, my very Catholic, Polish but married to an Italian grandma always made spaghetti with tuna on Christmas Eve. I think maybe you aren't supposed to eat red meat then, but I would not swear to it, not being a practicing Catholic myself. Anyway, it was fabulous and this recipe reminds me of it. I wonder if she put cinnamon in hers?...

Hi AriMR, the actual book recipe calls for 1 3/4 c. stale breadcrumbs, but I actually used 1 3/4c Italian breadcrumbs. Not sure why his website would use a different measurement but this amount worked well for me.