Though it's only been about a week, it seems like forever since I've posted anything or even cooked a meal! We're back from vacation and though it was fun and relaxing, I'm worn out. Hiking in the Yosemite snow followed by a few days of wine tasting in Sonoma with some of your favorite people in the world will do that to you! 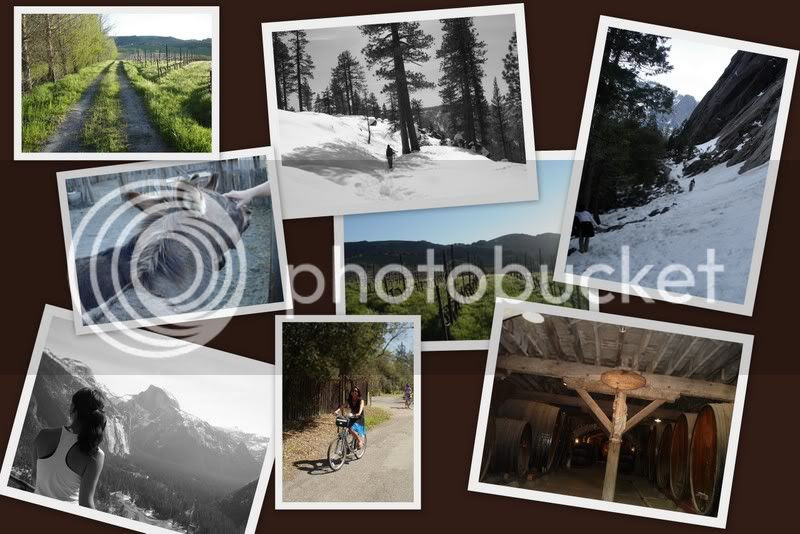 While I made valiant efforts to keep up with work on my Blackberry, I'm still crawling out of a virtually endless email black hole. How do really important people ever take vacations when lowly little me has so much trouble catching up?! :) 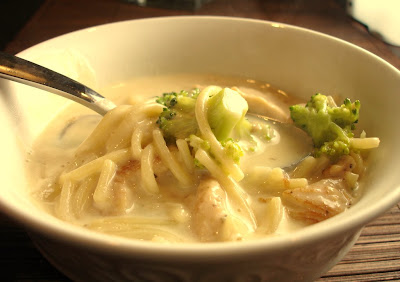 Luckily, I found this recipe in my archives that is super easy to throw together. When I whipped this up for the first time, hubby proclaimed it was one of his favorite meals ever. He often says that not only to flatter me, but to keep me cooking in the kitchen. Sneaky guy. Well, this time I believed him because I agreed!

So, the recipe does contain America's finest processed cheese food (aka Velveeta), but I swear that some days nothing can make things as creamy and nicely orange as a good hunk of Velveeta. 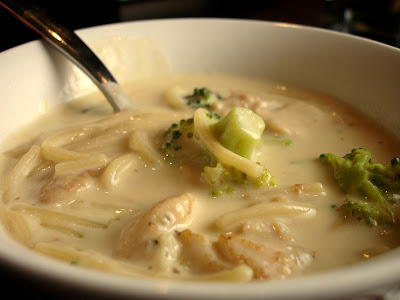 Because I'm tired and lazy, I'm just posting the link to this recipe found in March's Cooking Light. I made the following substitutions:

This is a great recipe for those of you in the country who are suffering from the it's spring-but-feels-like-winter doldrums. Just thinking about that snowy hike in Yosemite makes me want another hot bowl of soup!
Posted by Sharon at 6:00 AM

Welcome back from vacation!!


Can't go wrong with a classic, comforting bowl of soup!!

Oh I'd love to visit Yosemite during the winter!

Anything with Velveeta in it, I am on it! That soup looks yummy!

gorgeous pics! i've always wanted to go to yosemite :) this looks so yummy and comforting, hopefully it helped with the work overload!

Your vacation pictures are amazing! Looks like a great time. This soup sounds so good right about now. It's still feels like winter here so I've been making soups lately. Velveeta = yum!

What a wonderful pictures Sharon, and welcome back. For now, I am happy with a bowl of your broccoli soup, later I expect a bit more from you though.... he he he.
Cheers,
elra

Don't you just love the vacations that you go on and need another vacation after just to rest from the vacation? :-)

I love the sound of that soup. But, I am scared of Velveeta.

I hate the bottomless abyss that is work. You'll climb out of the black hole soon! Your trip sounds fantastic. Sonoma is right up the road from me!! By the way, this soup looks totally delicious.

Delicious soup! Glad you had a fantastic vacation!

I've made this soup and it was delicious. It also made a lot of soup, but then again I cook for two people.

Glad you had a great trip! It's been so long since I have been to yosemite. Hope your work stress gets easier soon.

I love this soup, wow, what a combo of two great comfort foods. I am so jealous of your naturey vacation! Sonoma is a delicious city!

So glad to hear that you had a great time...I love the looks of your soup!

I am glad you had a great time on vacation - hanging with friends is the best.

there's certainly nothing wrong with a little velveeta every now and again. it's a curious yet strangely magical invention. :)
terrific soup, sharon, and welcome back!

I've used a similiar recipe like this when i try to get my hubby to eat more veggies; it works thank goodness.
Lucky you to go to Sonoma for winte tasting.....ohhhh

Important people have the lowly people to do all their work.

You had me at the V-word. I love velvetta! I'm glad you're back!

What a great vacation! I hope you're all caught up, and if not hopefully soon.

This soup look so delicious and comforting! I agree, sometimes there's nothing like Velveeta for creaminess.

I'm glad you had a nice vacatio Sharon, don't feel bad I have a hard time keeping up and I didn't go on vacation! LOL!! I love this soup !

Looks fantastic! I've always loved broccoli cheese soups but try to avoid it since it can be fattening. I'm thriled to see a tasty, lighter version!

Love the big bowl of soup, we still have snow so this is perfect! Glad you are back!!

This soup is soooo calling my name. I have got to try it. I have to subscribe to your fed. I keep missing updates. Fabulous!

Important people have 10 assistants! That's how!

That is one tasty looking broccoli s and chicken soup!