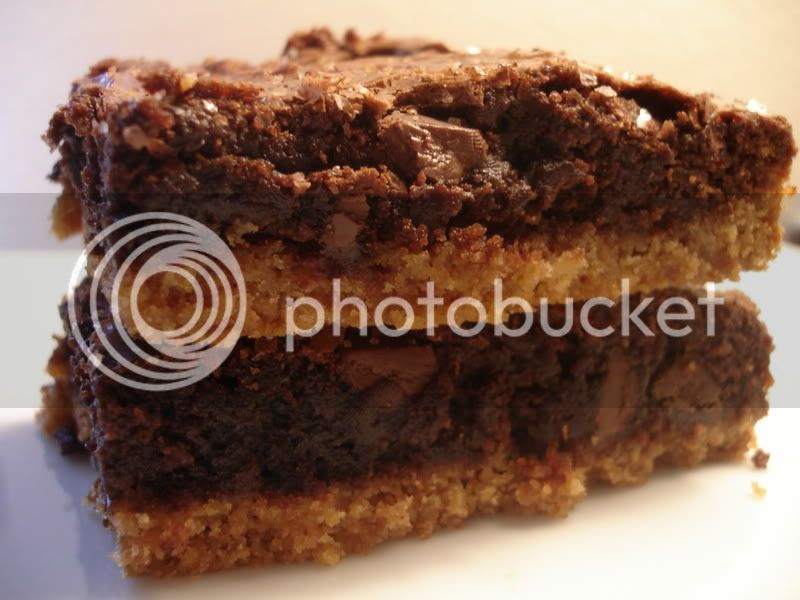 Bakers everywhere have been singing the praises for these brownies for quite some time. I have been meaning to bake them for an equally long period of time. Recently, a friend asked if I could bring dessert to a lunch gathering, nearly as I was walking out the door. I quickly scoured my ridiculously messy pile of recipe printouts to think of an easy and quick treat I could whip up at the last minute. A finalist in the Pillsbury Bake Off, these Mexican Crunch Brownies utilize ingredients that most of us already have in the pantry. I stress most of us, as not many adults sans children have a box of Cinnamon Toast Crunch in their pantry. We on the other hand, are cereal freaks. 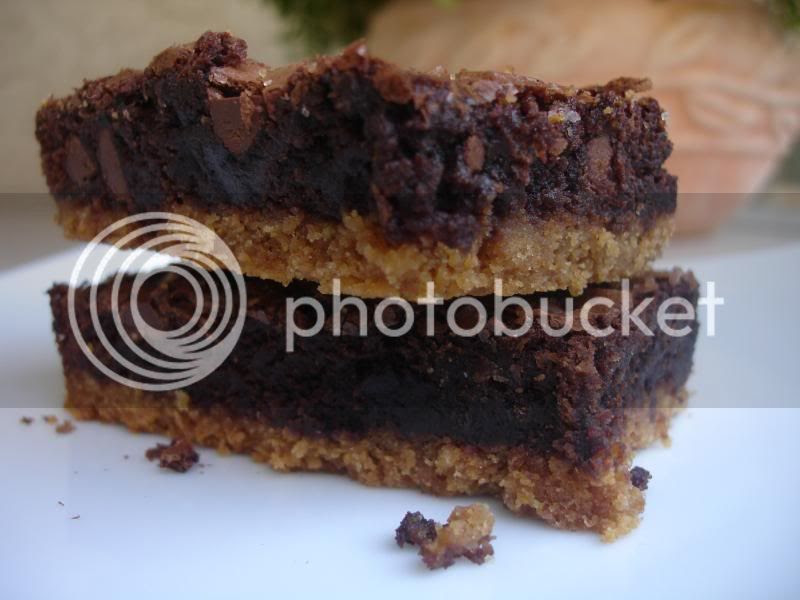 Ok, on to the recipe. These delicious brownies start with a Cinnamon Toast Crunch cereal layer topped with fudgy brownie batter, and finished with a sprinkling of cinnamon sugar. The cinnamon chocolate combination may seem a little odd at first, though it seems to compliment the chocolate and brings out a subtle sweetness. I guess it also helps that I love cinnamon in almost anything.

The recipe did come together quite quickly, though using a mini food processor to grind up nearly an entire box of cereal is no quick feat. According to Valerie, the recipe's author, ensuring the cereal is finely ground is quite important, so don't get lazy out there! Some other thoughts: 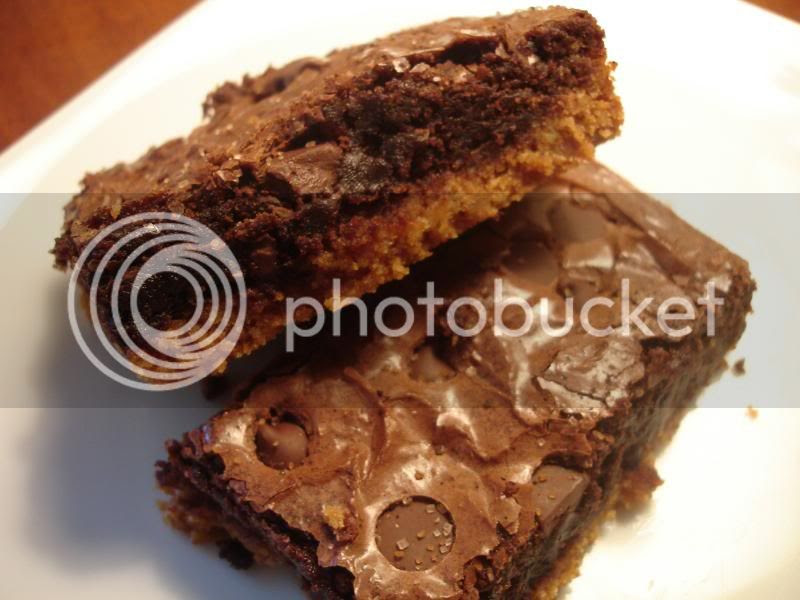 Click here for the recipe. Enjoy!
Posted by Sharon at 10:39 AM

Cinnamon Toast Crunch?? In a brownie?? How fun!! Looks DELISH :0)

Those sound yummy! I would have never thought to put Cinnamon Toast Crunch as a bottom layer for a brownie.

Those brownies look really good! I never would have though to use Cinnamon Toast Crunch cereal.

I've never seen these before! My kids love cinnamon toast crunch cereal. I may have to snag a box so we can try these!

I am with you on this, cinnamon is fantastic! How funny that cinnamon toast crunch is used. My kids have an endless supply on hand, it seems, which makes it even easier for me to try these out. I hope you don't mind if i snag the recipe.
Beautiful photo as well Sharon!

It's been ages since I've had that cereal but it reminds me of breakfasts growing up. It's the only sugary cereal my mom would buy for us. These sounds good!

a two-hour cooling time? i laugh. that's absolutely ridiculous!
cinnamon and chocolate are one fabulous combination that i happen to love, but i'm tragically unfamiliar with this recipe. thanks for bringing it to my attention! :)

veggiegirl, aimee & kevin - who would've thought, huh? It's quite tasty and makes sense once you think about it.

bridgett - hope it works out! Let me know if you make them!

marc - It's a good thing your mom restricted sugary cereals. It was free reign in our house! Amazingly, I never had cavities growing up.

grace - we somehow upped our typical wait time (10 seconds) to almost 2 hours...more like 1.5 to be honest!

thanks so much for trying and reviewing my recipe, sharon! glad you liked them. I am a scratch baker myself but of course needed to use some convenience products to get my foot in the Bake-Off door. hope you others like them if you try them.

I'm a cereal freak, too!

I've heard about these, but haven't tried them yet. Soon...

I have GOT to try these. There is ALWAYS Cinnamon Toast Crunch in our house.

They look so good :) What an amazing flavour combination, how fabulous.